BECKLEY — A settlement was reached Friday during a hearing before the Mass Litigation Panel to resolve 124 cases against Raleigh Heart Clinic and Dr. Thair Barghouthi.

“Only the cases against Raleigh Heart Clinic resolved,” Salango said in an interview with The West Virginia Record. “There were 124 patients who went into the clinic for heart caths and left with Hepatitis. Those cases resolved.” 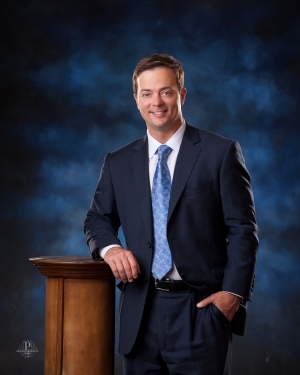 There are also more cases that are against a distributor that still have yet to be resolved.

Those cases should go to trial next year.

“We plan to pursue the case against Cardinal Health on behalf of the remaining patients and that trial will be set for spring of 2020,” Salango said.

The plaintiffs in the lawsuits all had cardiac stress tests utilizing Cardinal Health products at Raleigh Heart Clinic and subsequently tested positive for Hepatitis B or Hepatitis C, according to the complaints.

The plaintiffs claim they underwent medical procedures at Raleigh Heart Clinic with Cardinal Health products and were placed at an increased risk of and were infected with bloodborne pathogens.

By signing up you agree to receive email newsletters or alerts from Madison Record. You can unsubscribe at any time.

The plaintiffs have tested positive for potentially deadly viruses and have had and will continue to have medical treatment, according to the suits.

The plaintiffs claim they were notified via letter from the West Virginia Division of Health and Human Resources in 2016 that they were possibly exposed to bloodborne pathogens during a cardiac stress test and should immediately have their blood tested.

The letter informed the plaintiffs that the bloodborne pathogens may be asymptomatic for years, thus requiring them to follow-up and continue blood testing, according to the suits.

The defendants breached their duty by engaging in conduct that exposed them to the increased risk of contracting bloodborne pathogens.

The defendants were negligent and knew or should have known of the dangers the plaintiffs were exposed to, according to the suits.

Tell us about your case to receive a free consultation.

PJ was great to work with. He did an excellent job handling my car accident case and was awesome when it came to communication. He made a terrible situation better.